runsweateatrepeatPosted in Running on Quotes

“You’ll shoot your eye out.”

Not the best movie, but definitely a cult classic that I convinced JP to watch last year.

“Seeing is believing, but sometimes the most real things in the world are things we can’t see.”

The Polar Express was the first book my grandmother bought me as a child that I broke her heart with, but didn’t know at the time. She asked if she could read it to me and as a kid, I was so excited that I had finally been able to read on my own, so I said “no, let me read to you.”

“What if Christmas…perhaps…means a little bit more!”

A childhood favorite of mine for sure, I prefer the cartoon, which JP swears is at least an hour long, but I’m always willing to see remakes. I also know the words to Where are you Christmas? from the movie.

Let’s be honest with ourselves, November is like Tuesday – it’s a means to an end. We need it to get to December. We it to get to the snow…in most places, however, my heart goes out to those who had some snow last month. We November to get to the movies, however, many of us have already broken into them after we swore them off before Halloween.

For those who celebrate holidays in December like Christmas, Hanukkah or Kwanza (and others), we need November to get us to those parties too.

We don’t talk about it a lot, but I do ask myself, when did holidays become such a big deal.

As a kid, holidays weren’t fun. Let’s gloss over Thanksgiving.

I remember a few Christmas’s were everyone had been sick with a cold of some kind. I don’t remember much, except waking up, opening gifts and then going back to bed for most of the day.

I remember the year my mom burned the cinnamon rolls she tried making from scratch and made peanut brittle that was way too hard for anyone’s teeth.

I remember the four years the tree fell over and clearly no one ever learned we should tie it up. But in defense of adults, they weren’t consecutive years. The fourth year was the worst. It was the first Christmas without my mom.

I remember the first Christmas without my mom in blips.

The tree fell over. All of the ornaments on that side shattered. It was the front of the tree. That’s where the most important ones go and that’s where they went on our tree. The handcrafted ones, the silly ones, the ones that everyone keeps for years way passed their expiration. All broken.

I remember my dad giving my older sister what we believed to be a large amount of money and ordering her to take me and my sister out to the store so we could pick whatever ornaments we wanted. He let us pick the expensive ones with the glitter and the swirls that we were never allowed to pick.

I remember the first Christmas my dad when my dad got remarried. It was at my grandparents house because my dad was dropping us off to so he could get married over New Years. We weren’t invited and at this point I was a teenager – we never celebrated, but as kids I don’t think we knew how to express our resentment of this.

This was also the first Christmas in a new house with a gorgeous vaulted ceiling that we were told wouldn’t be a place for a family tree unless it was professionally decorated. So into the basement in the play room went the tree my younger sister and I picked out. We learned to decorate the tree on our own eventually because it wasn’t a fun family event. It was a screaming match of who did what and why.

There was also the Christmas where my dad told us he was getting remarried…again.

There was the holiday season I was told my master’s degree was a waste of money and my GPA would be more impressive if it was an MBA…my GPA was a 3.97 and sadly I will always remember that. That was the same holiday season that I left on Christmas to never go back again.

So slowly, the holidays became a time for me where I deeply wanted there to be a Santa and I wanted to be consumed in music and laughter and pretend that this could be mine some day too.

As an adult living with anxiety, I’ve learned pretty well what triggers me and what I can do to calm down.

This Christmas is my fifth Christmas with JP and his family. I can’t believe it. I had to count out the years on my hand twice because I thought I couldn’t math – oh it is Monday morning. 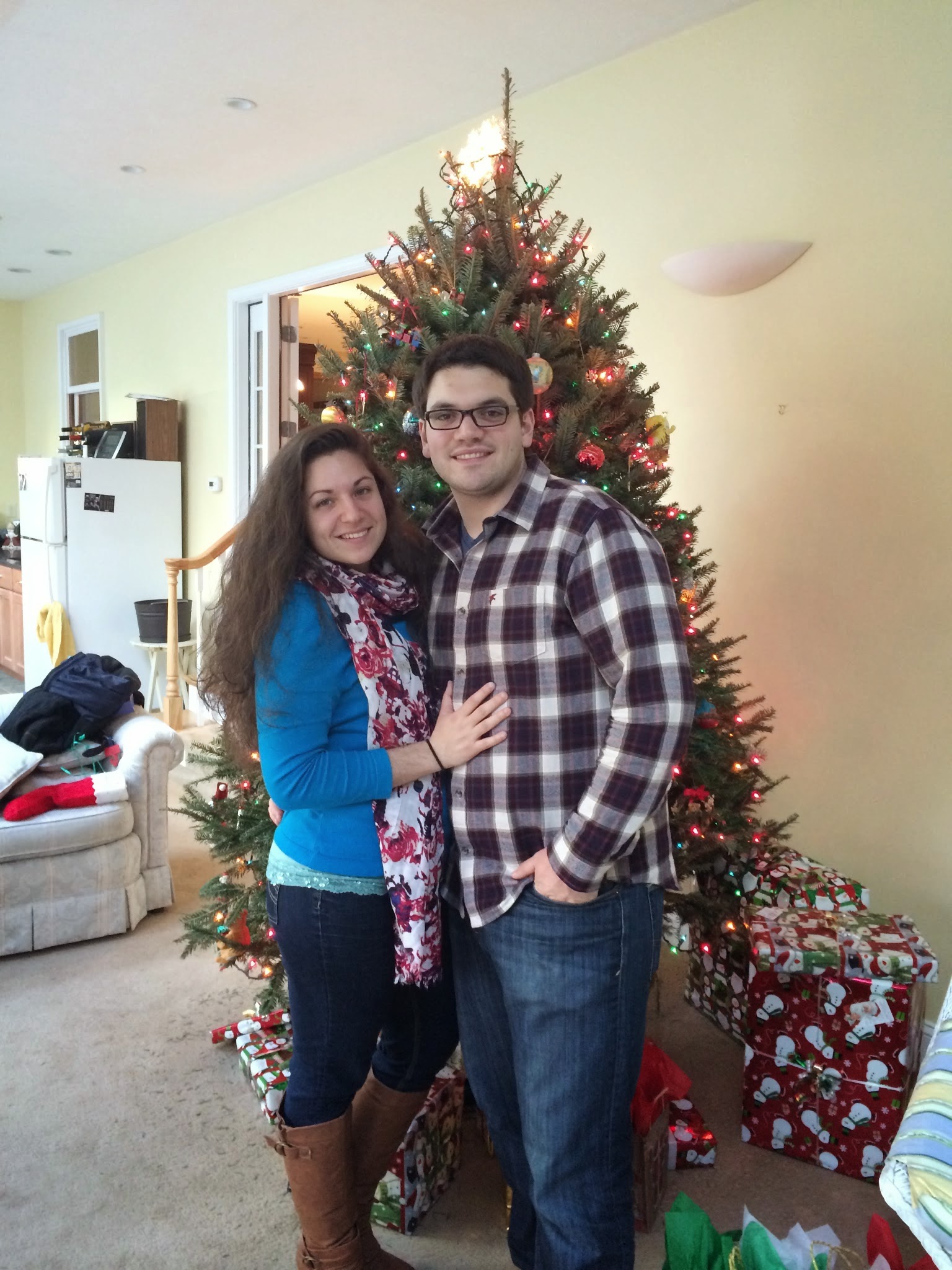 Our holiday season starts the week before Thanksgiving because that when the parties start. Last year we went to our first Friendsgiving with new friends, but it’s unlike any other party we go to for the season, but I guess I could say that about all of the parties. There are about 50 people – all friends and acquaintances. We all have a connection to the hosts. We all bring something to share. We all leave with food too. This was the only party last year that didn’t give me anxiety. It was the only party that I felt went by at a good pace – not too fast and not too slow.

From here we will have Thanksgiving with JP’s family, Thanksmas with a group of his college friends, Christmas dinner with a friend of mine and her boyfriend who have become really great friends of ours, Christmas Eve with JP’s mom’s side and Christmas day will be broken into two – his immediate family and his dad’s side. New Year’s Day is usually with his mom’s side again, however, this year a group of us are going to Chicago for the hockey game – so I guess sometimes it’s okay for plans to change. We have a few friends who are back in the area so I imagine there will be a few more dinners and brunches.

It’s exhausting. But sometimes exciting. It’s an excuse for me to bake and feed others with recipes too large for me to make for just us.

There two sides to the holidays for me and I think I finally figured out how I can navigate it a bit better this year.

The first side is the engagement. Thinking back to my experiences growing up the holidays weren’t a pleasant time to be getting together so I always feel overwhelmed once immersed at a party regardless of how I plan.

I think a part of me is also having a hard time adjusting to the ways people do engage in a friendly manner at this time of year. I’m torn between wanting to participate and wanting to be alone with my cocoa and movies. I don’t know if I’ll ever get passed this.

The other part of the holidays is the food. How many pies can a family of 13 need? Three. The answer is three and two dozen cookies and ice cream because it was in the freezer…there’s also a chance someone made brownies “just in case”. We laugh about this every holiday that there’s family and eating because we always have leftovers on the table and no one wants to take them home.

Having gone from weight loss for health to fat loss for sport to maintenance eating at the holiday can be tricky even still. It’s so much better though. I don’t have the same fears I used to and that’s because I’ve experimented with eating patterns, I’ve done my reading and sometimes I try to throw care out the window for a few hours. In the grand scheme of things a few days every year is such a small percentage of the life I intend on living.

So, when did holidays become a big deal? When life changed and I wasn’t emotionally ready for the ride.

Whether we like it or not, November isn’t going anywhere, and neither is December – it’s just a bridge to the New Year.