When I got home from work and started thinking about what to do for lunch, my first thought was I needed something quick or at least easy. My second thought was I didn’t want chicken.

I had put fish in the fridge to thaw the other day and decided this might be a good chance to cook it up. It could also be the fact that we’re going to the Cape this week and all I want is a lobster roll, but that’s beside the point. The point is there are some things I haven’t made in a while and this was an opportune time to make one of them.

I joke a lot that my recipes are often throwing ingredients in a bowl and hoping for the best. This is one of those things because it’s really only two ingredients.

3. Lay fish as flat as possible on baking sheet. Again you can use fresh or thawed fish. I used frozen cod that had been thawed out. 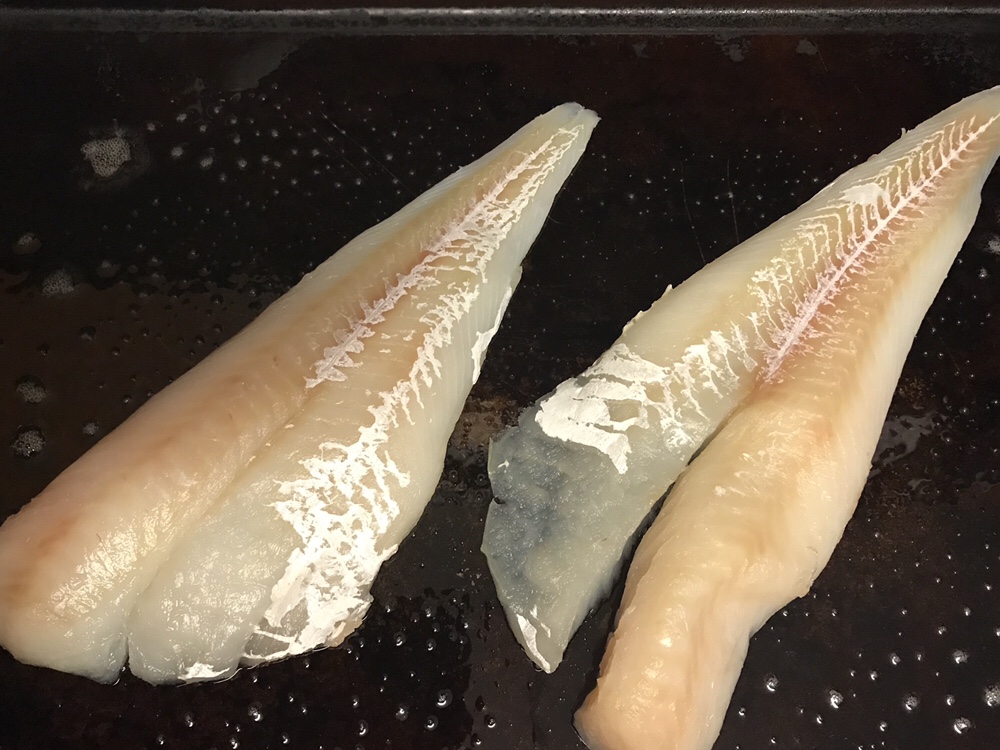 4. Cover fish with a tablespoon of pesto – trust me this is enough. 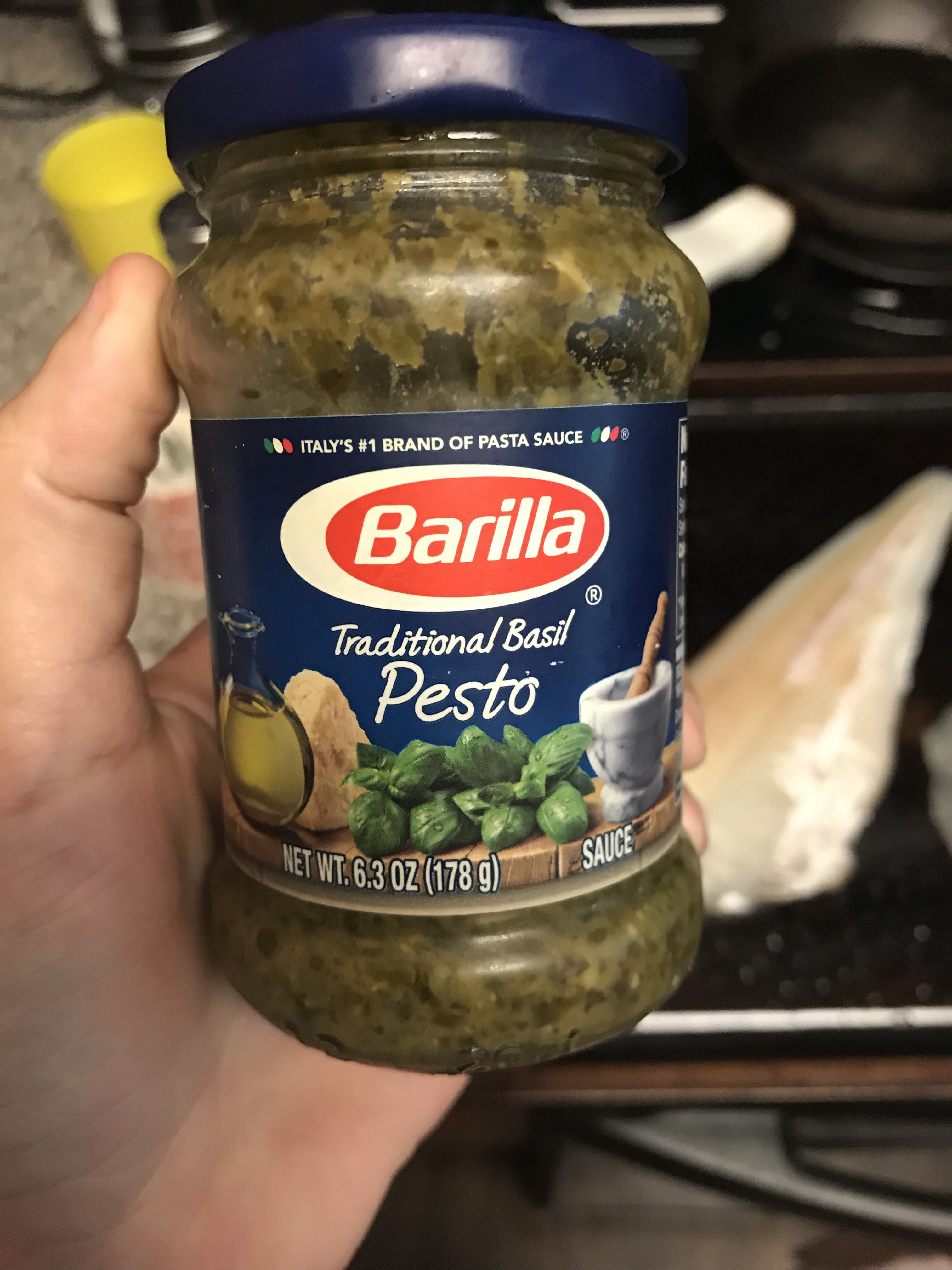 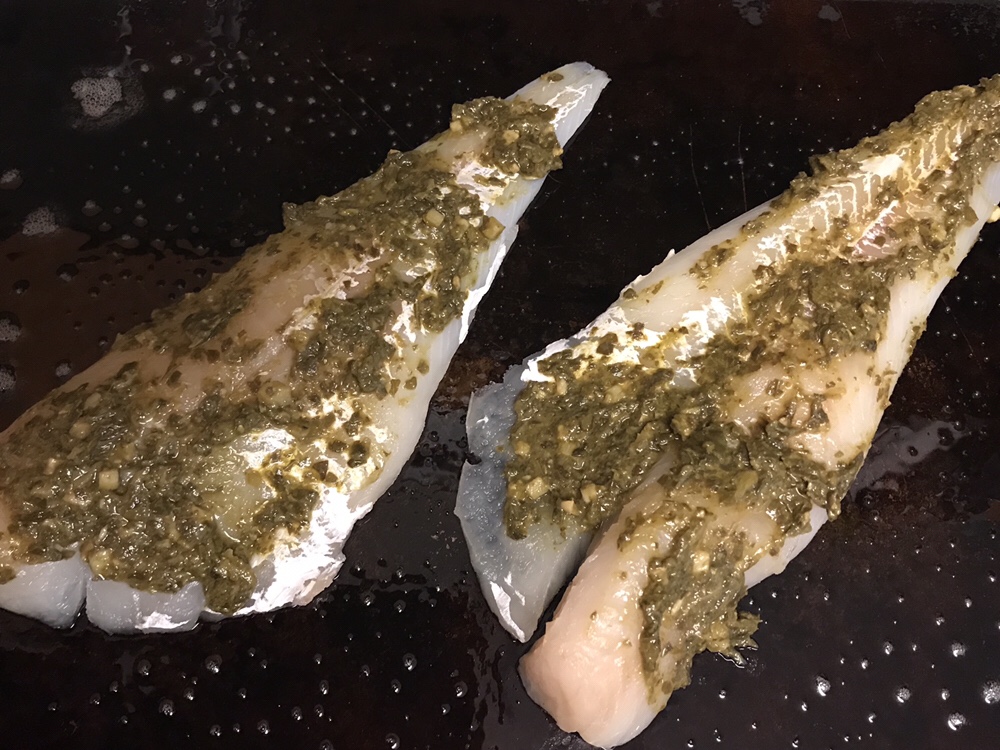 5. Bake for about 15 to minutes. The fish will be completely white when it’s fully cooked.

6. I plated my fish with brown rice, broccoli and fresh tomatoes (still cold). 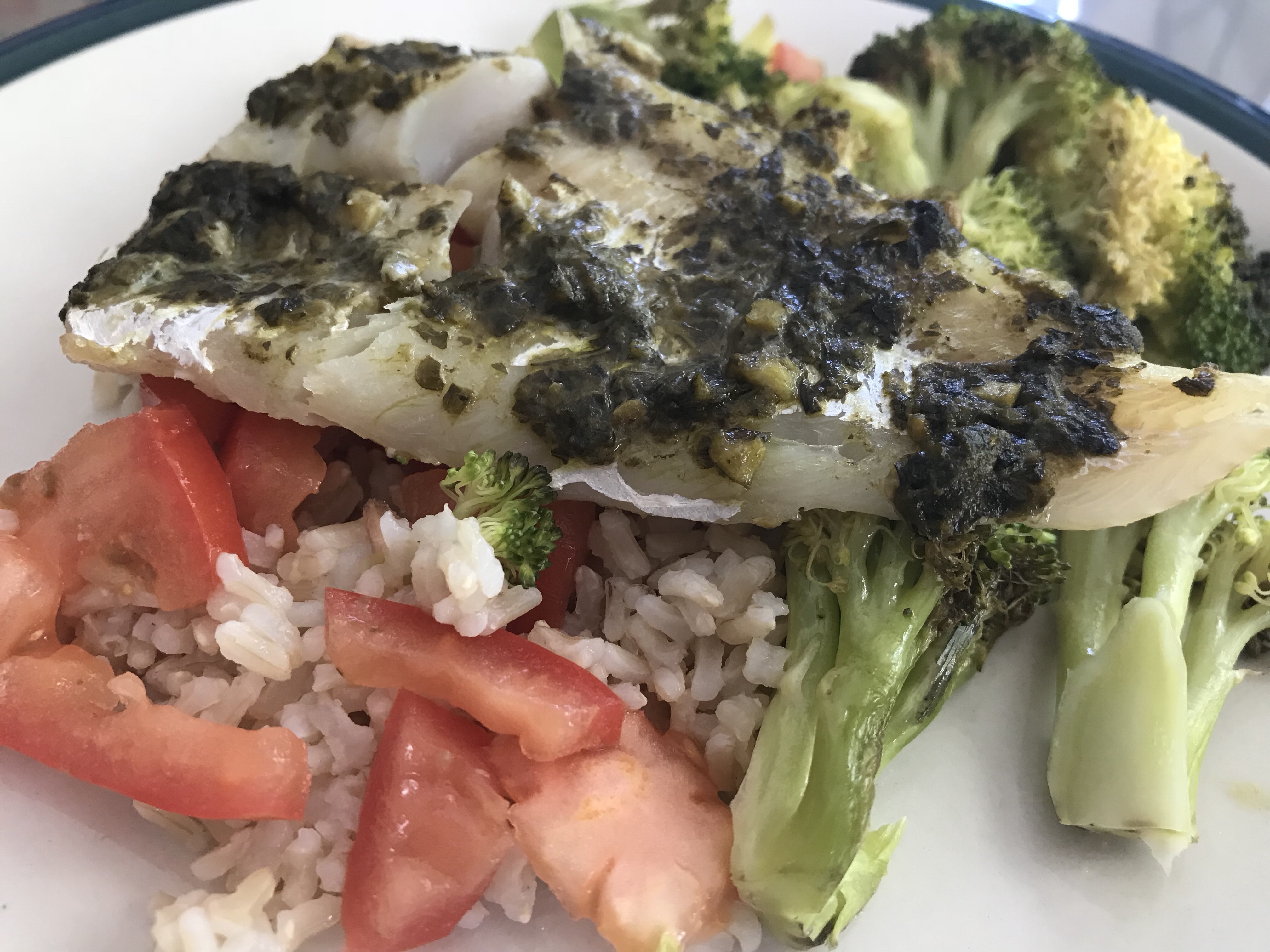 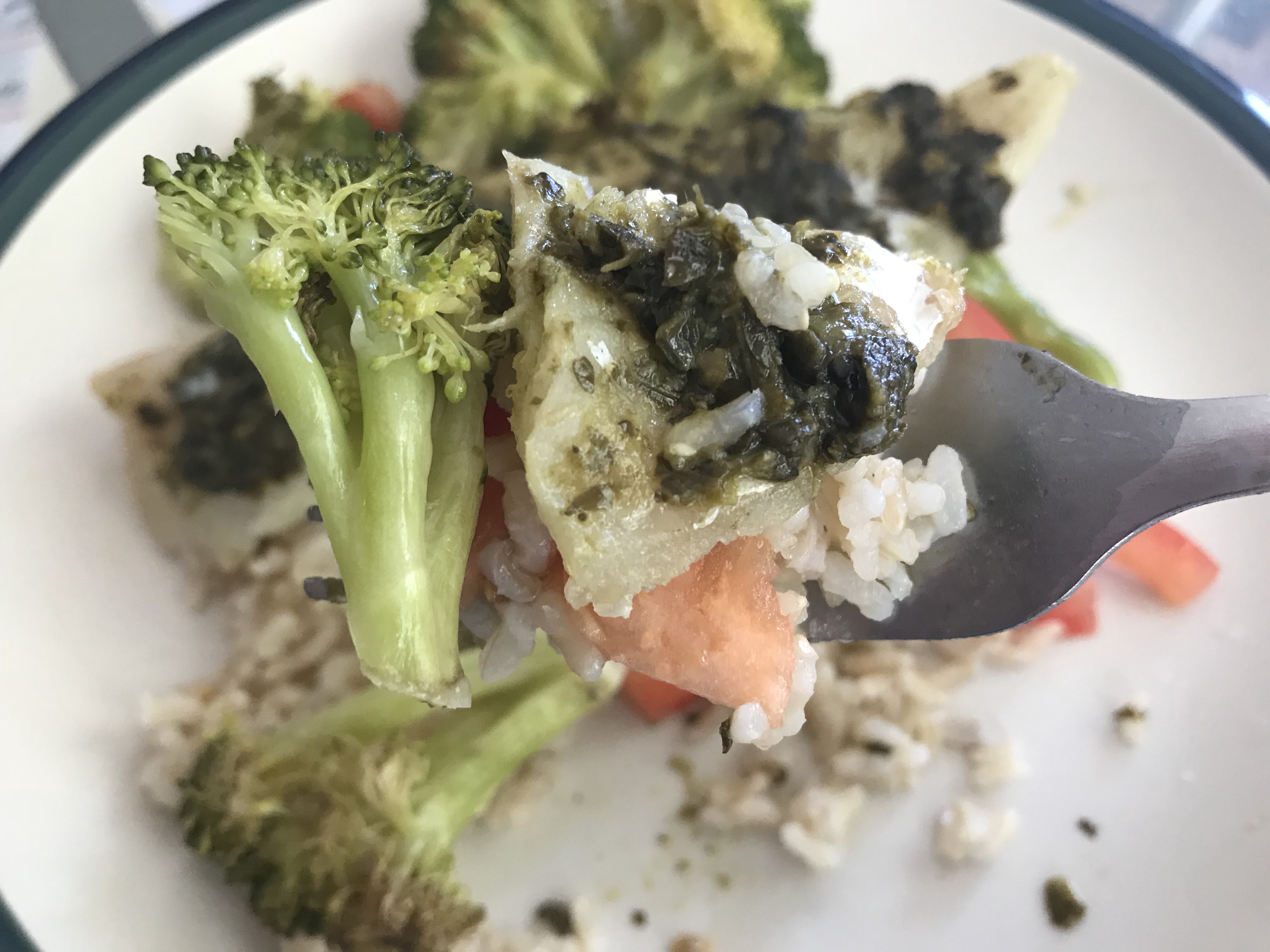