We’re going to call this the pizookie that saved lives. This is the 7th cookie in my cookie challenge and probably one I’ve been looking forward to the most. From all my other food posts, you notice that I use cinnamon a lot to sweeten and spice things up. When I saw that the snickerdoodle was a part of the cookie family in this book, I knew that I was going to have the chance to play with ALL my favorites.

This past weekend we had a family party to go to and I know what that means: food and dessert to feed a small army. Aside from my prep friendly lunch that I packed, I decided to pack my own dessert. I’ve already skipped the macaroon, and my heart breaks that I went out of order with that, so I was excited that the snickerdoodle was low in fat for the WHOLE recipe and that the carbs and protein were reasonably ratioed because I had one thought in mind: pizookie.

Have you ever been to Uno’s Chicago Grill? Or Applebee’s? The pizookie is a deep dish (of sorts) cookie that is served often warm and with ice cream. I asked JP if ice cream would be available – it wasn’t so I had to think of a plan, but first baking the pizookie! 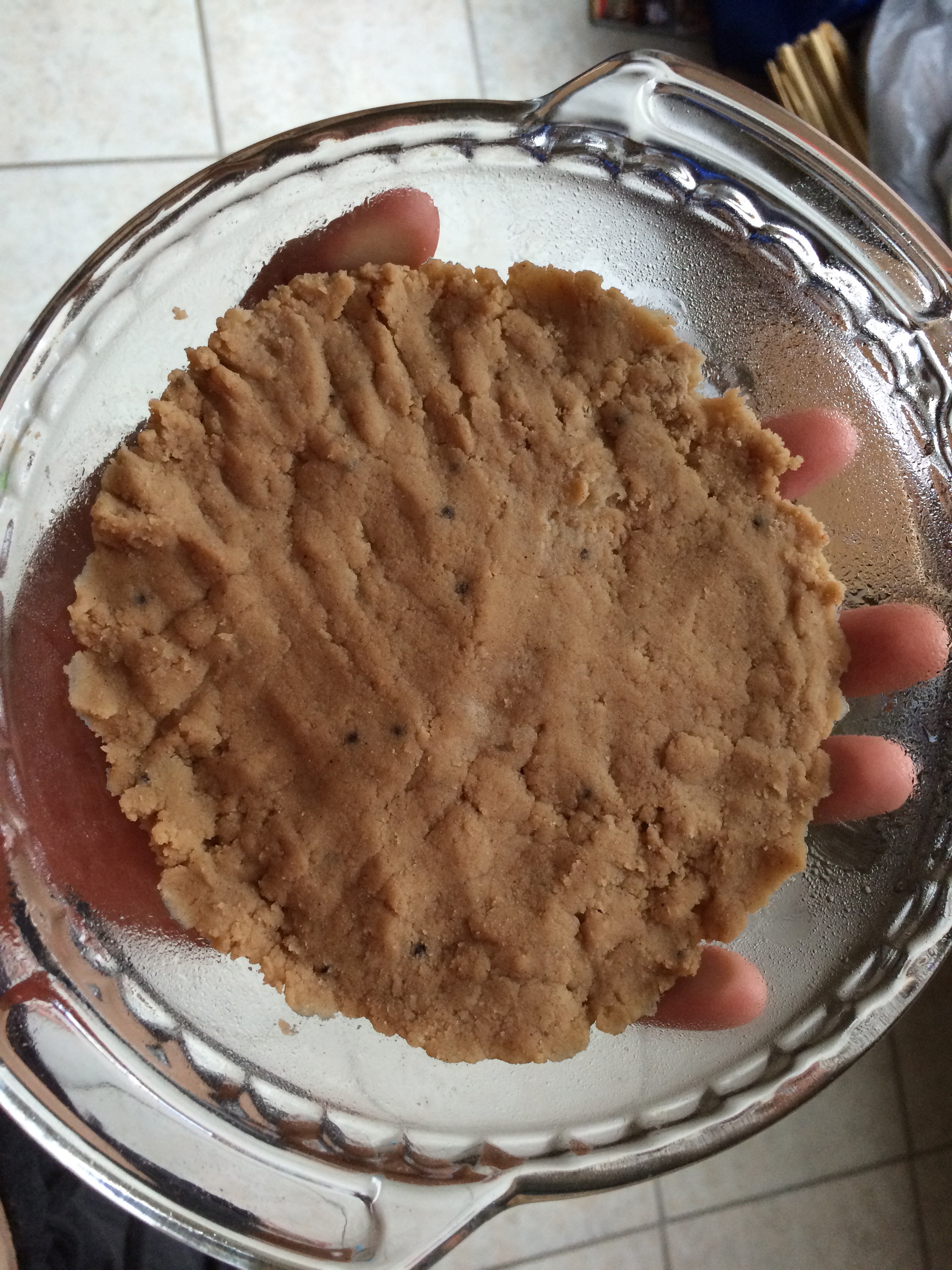 Usually I make 2 huge cookies, but if you’re weird like me, there’s a chance you have a mini ramekin or pie pan. I have a 6 inch pie pan that makes mini desserts or stuffed peppers very easily.

Notes on this recipe:

Sarah did have a recipe for a frosting to use, but I also have a few that I use when I bake so I thought I would mix my own pizzazz to her cookie. I used a protein frosting recipe that you can find here. I also took a knife and drizzled apple crisp P28 Foods peanut butter on top to tie in the flavors. 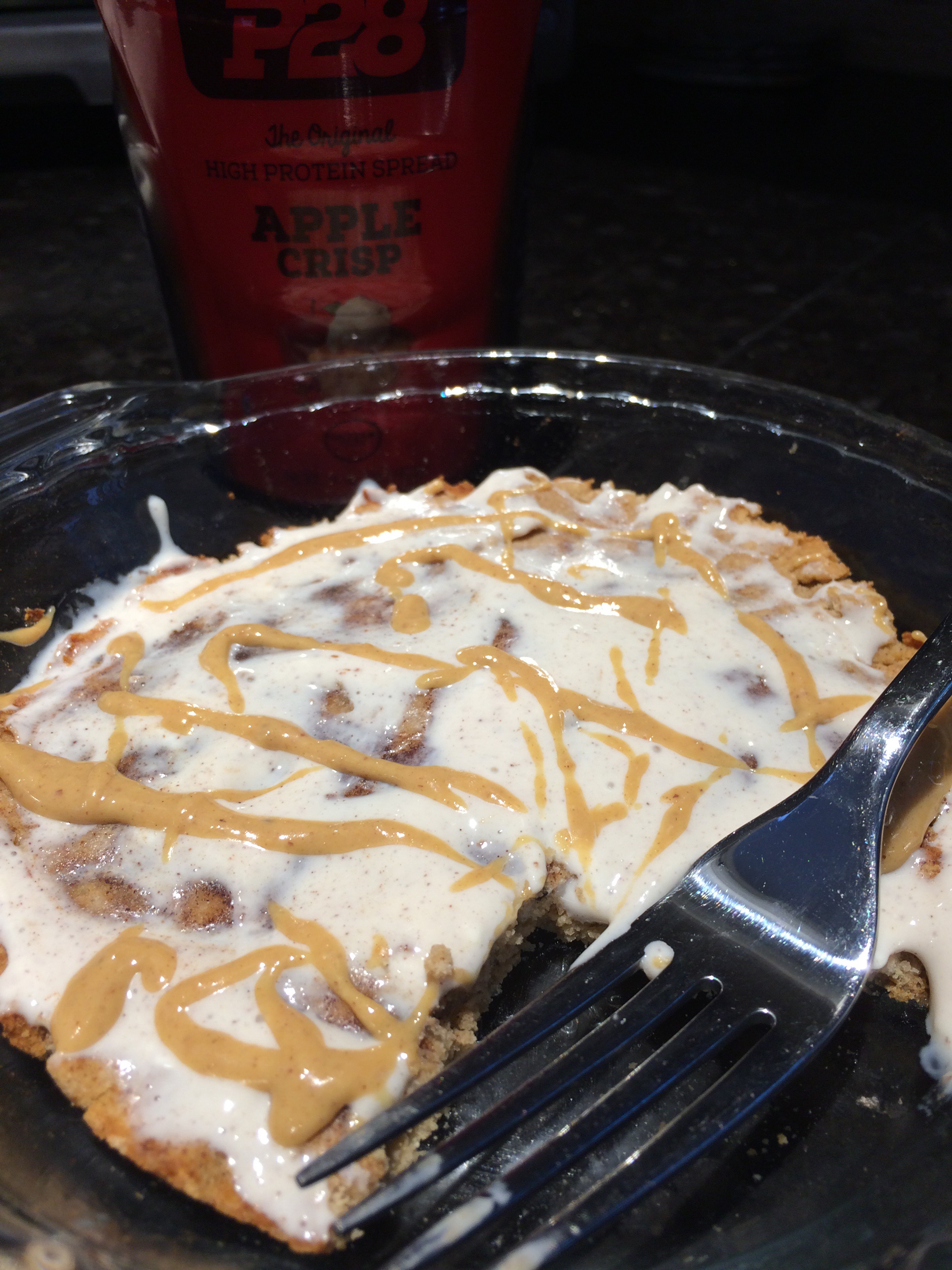 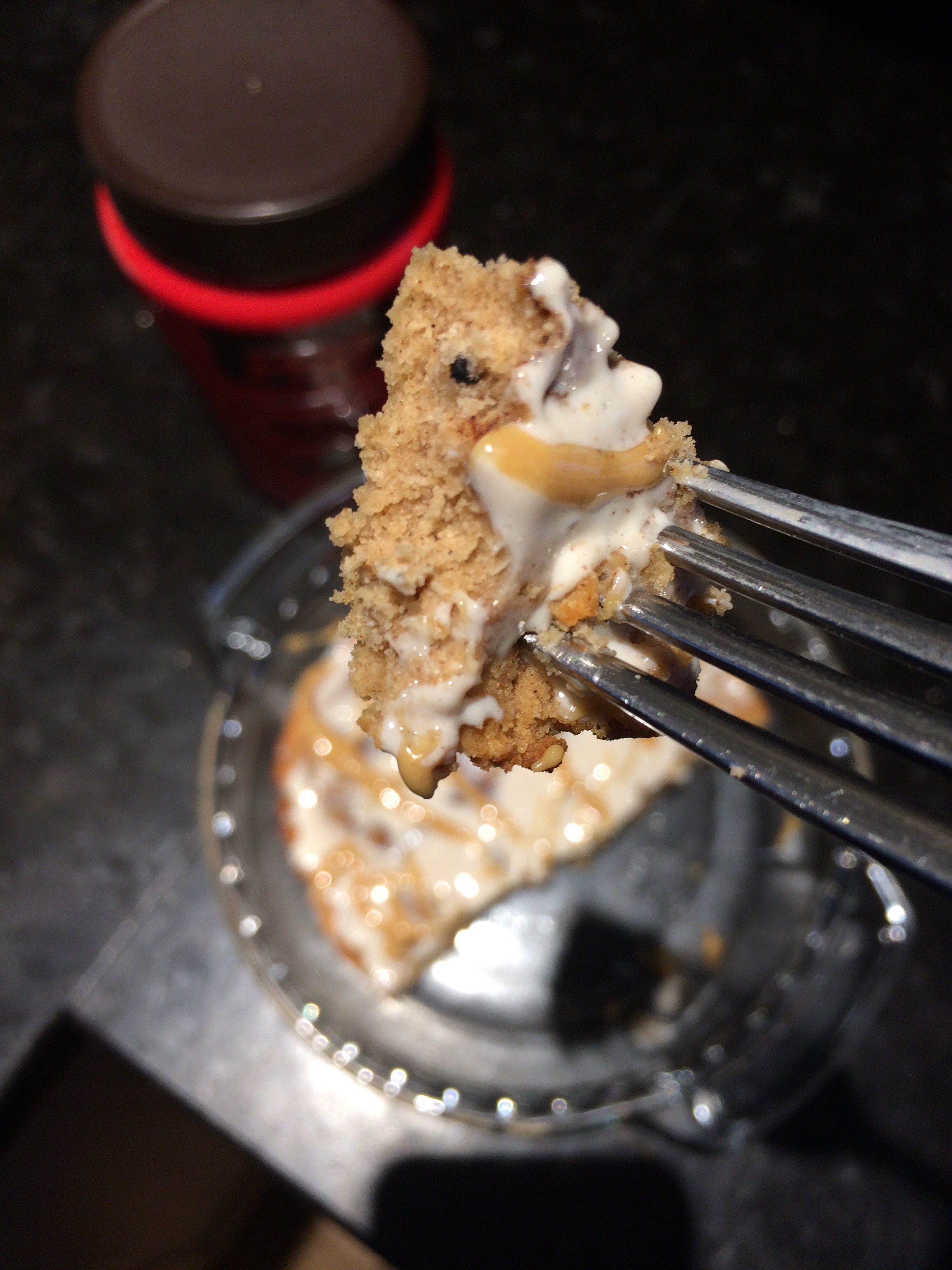