I think at this point in the challenge, we have a pretty clear understanding that I like cookies and I don’t really discriminate against them in anyway. There are some cookies I prefer over others – I like my cookies soft and kind of chewy, not necessarily doughy, but chewy. I like the soft sugar cookies at the store and I like fluff chocolate chip ones from from the oven. I like to rank them and make slight modifications, but I don’t think I’ve really met a cookie that I didn’t really like or wouldn’t be willing to try again.

Going in order because when you don’t know where to start that’s a good way to stay organized, the oatmeal raisin is in the first half of the book filed under classic cookies. Just like a standard oatmeal raisin cookie this dough was sticky and cinnamon-y. Those aren’t problems, those are opportunities. 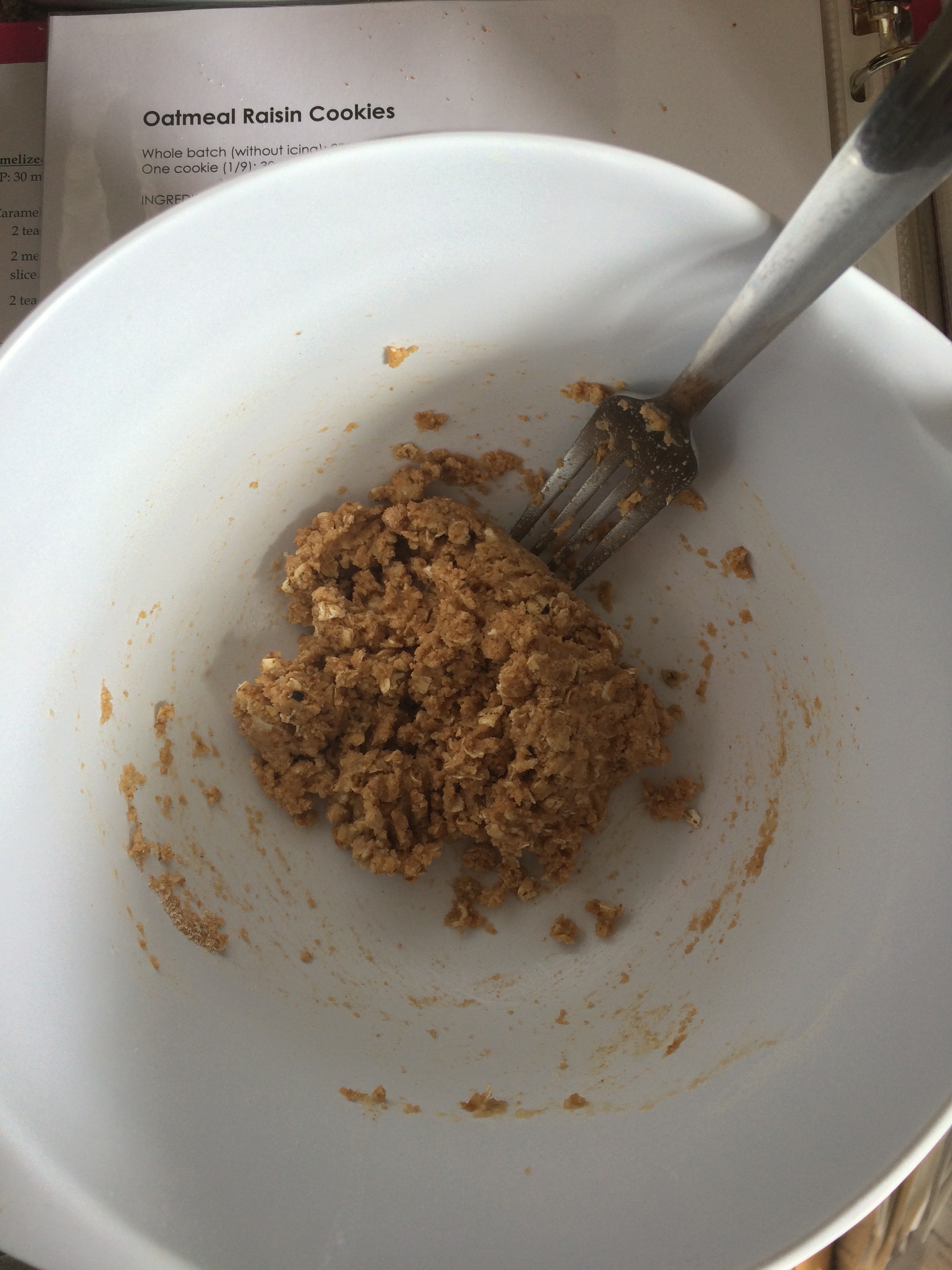 Keeping with tradition, I made two large cookies and surprisingly the carbohydrates were lower than I had anticipated. Definitely a win for a girl in competition prep. When I saw coconut flour, apple sauce and oats, I was slightly concerned that they would be higher in carbs. I will admit there are a few things I adjusted in the recipe to make it fit what I had available.

Notes on this recipe: 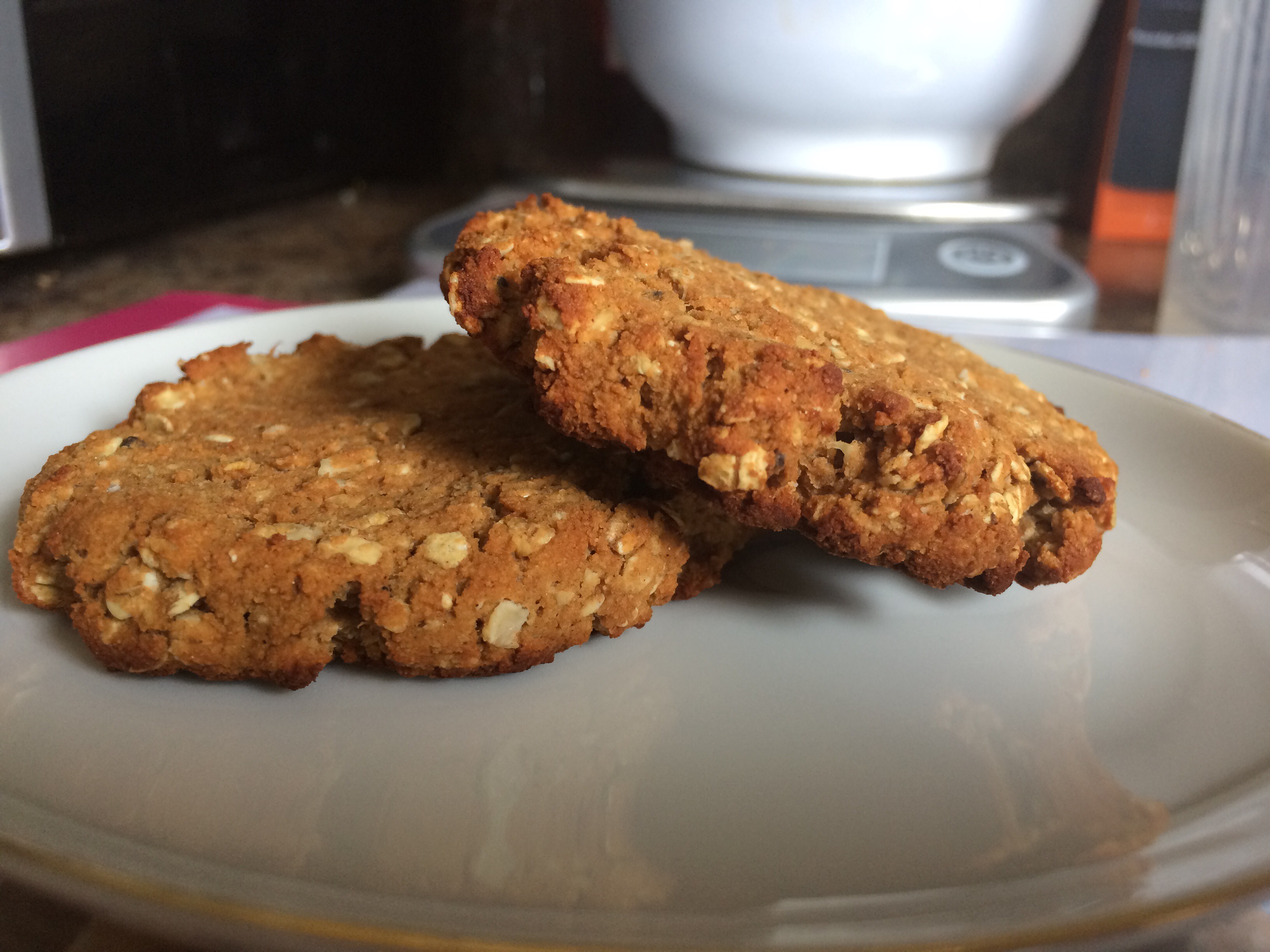